When I worked for an international company, we did a comparison among big 10 countries. How is the difference in terms of ad copies? American like ‘Cheap’ term and British prefer ‘discount’ etc… It was the very interesting comparison. There must be some difference which ad copies are effective to your target customers. Also it depends on your products and services. If you have ever used ‘Ryan air’, you should have seen their advertisement on the seat. ‘FLY CHEAPER’ That’s their ad copy because their target customers are people who want to use cheaper flights. 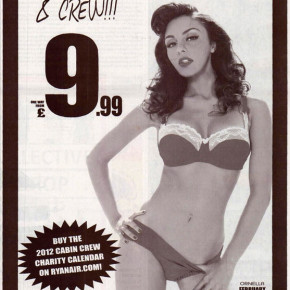 Then how about in Japanese? The basic strategy is same as other language. My recommendation is that you write the ad copy more directly than in offline ads. One thing I found out after I left Japan is a ‘window shopping’ and ‘poster on a wall’ works in Europe. They pay attention to a window to see products and look at posters on the street. It does not work in Japan because they don’t want someone to know what I’m interested. If you looked at a product in front of the shop, it meant you’re interested in the product. Then an online shopping works well in Japanese culture. No one knows (only Google and Facebook know) what you’re interested in. PC is personal tool. No one interrupts you. Hence you need to say your products’ feature on the ad copy directly. Especially if your products were not familiar with Japanese, you should emphasize how it works and why people should buy it.

Non-Japanese believe that Japanese don’t like direct expression.
Yes, in offline.
No, on online.

Can you manage PPC campaigns in other languages?

06/11/2013 semjapanese_meg Comments Off on Can you manage PPC campaigns in other languages?